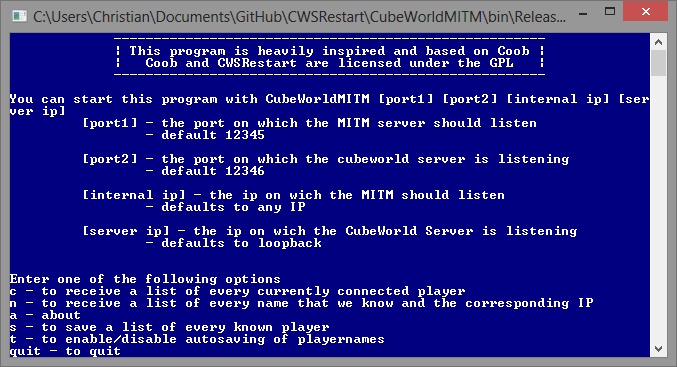 Some people wan't to know, who is currently on their server. And frankly, most custom launchers do some magic and ready those lists from the memory. I wanted such a feature for CWSRestart as well, but I still wanted to stay independent of the server.exe. So I decided, that a man-in-the-middle server would be the best idea.

This tool can also restrict the allowed levels and limit the amount of players that are allowed to join.